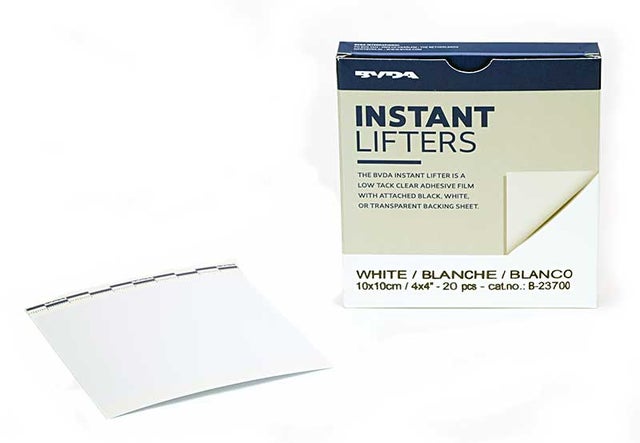 Low tack lifters for fingerprints and securing hairs and fibers

The protective cover is die-cut, for easy removal. To the adhesive film, a backing sheet is attached. This black, white, or transparent backing can be easily be applied to the adhesive film, after lifting of the powdered fingerprint(s). To avoid the inclusion of air bubbles, a roller can be used. On the front of the Instant Lifter, a metric scale is visible. Therefore, with the transparent backing, there is no doubt which side is the front of the lifter. At the bottom of the backing sheet, there is a paper strip on which notes like date and case number can be written.